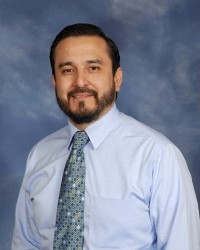 Ismael is originally from San Luis Rio Colorado Sonora, México. Ismael received a B.S degree in Accounting from Sonora State University, Sonora, Mexico (2002), and a Master of Divinity degree from Duke Divinity School, Durham, NC (2010). He was ordained an elder in 2012.

Ismael moved to North Carolina from his hometown in Mexico in 2003, with a plan to be in the United States only for one year – however God had a different plan. In 2004, he was appointed as interim supply pastor at Unidos por Cristo in Grimesland, N.C. In 2010, he was appointed to serve the Brookland-Brooksdale charge in Roxboro, N.C. (now New Brook UMC). In 2011, Ismael was appointed to extension ministries as the Director of the Hispanic House of Studies at Duke Divinity School. For the last two years, he was also the director of global education and intercultural formation.

During his tenure at Duke Divinity School, Ismael developed and taught courses on pastoral care to pastors and laypersons from Nicaragua, Honduras, El Salvador, Guatemala and Peru. He has also taught courses on mission and World Christianity in the Course of Study at Duke. He has developed seminars, workshops, and learning opportunities on Cultural Humility and Leadership. In addition, he directed different programs within Duke Divinity School that targeted students and non-Hispanic clergy and laity who wanted to be in ministry with the Hispanic and Latino population in the U.S.

Additionally, Ismael serves on different boards including the North Carolina Conference Board of Ordained Ministry, the Board of Directors of the General Board of Global Ministries, and the Executive Committee of the National Plan for Hispanic/Latino ministries. Ismael regularly leads educational, cultural, and language immersions to the Mexico-U.S. border and Guatemala. However, what he most enjoys in life is spending time with his wife of 16+ years, Alma, his son Alec, and his daughter Sheccid. 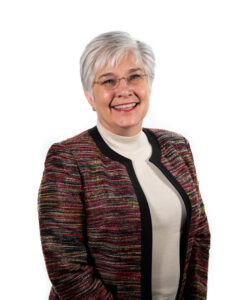 Sarah was born and raised in North Carolina and has been a life-long Methodist. She graduated from UNC-Chapel Hill in 1987. A few years later she earned a Masters of Education in Counseling from UNC-Greensboro. Sarah has worked in various counseling settings, with her most recent being a School Counselor.

Sarah has been married to Ross for over 30 years. They have two wonderful adult daughters, Becca and Mary Catherine. Sarah enjoys spending time with family and friends, cheering for the Tarheels, and traveling. 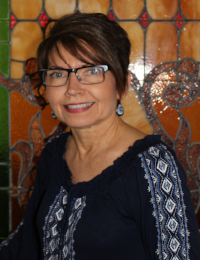 Sylvia was born and raised outside of Akron Ohio. She moved to NC in 1976 where she met her husband Mark. They have been married for 40 + years. They raised 2 sons, Josh and Nathanael, and now enjoy their two granddaughters. She has worked as a collection manager for her husband’s pest control business for 25 years. She is also a potter specializing in functional pottery with a focus on natural designs.

Sylvia has been an active member of Oxford United Methodist Church since 2005 and has served on many committees. She has been a Lay Member to Annual Conference for several years, presently serves as Lay Leader and Discipleship chair, as well as an active UMW Circle member. She recently completed her coursework in Lay Servant Ministry training for Lay Speaker. 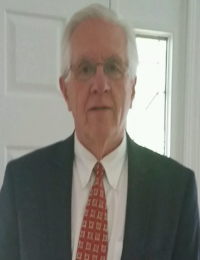 David was born and raised in the Cleveland, Ohio area. He was a member of a non-denominational Christ-centered church along with his parents, brother, and sister.

After graduating from high school, he entered the business world as a paint specialist and credit manager of a Sherman Williams Paint retail paint store. His exposure to accounting/finance and sales led him into the automotive supplier industry where he held various positions in manufacturing and corporate-level management. His passion was to be in production environments where he could see the product being manufactured. His focus in manufacturing was helping to identify and reduce excess costs out of automotive products being produced. At a corporate level, David was focused on improving the liquidity of the corporation. Before retiring, he had the opportunity to travel around the world helping to make financial improvements at company manufacturing facilities.

After his retirement in 2009, David and his wife, Susan, moved back to Rocky Mount and joined First UMC – Rocky Mount, which led to becoming very active in outreach ministries. David is involved in volunteer efforts within the community, one being Jobs for Life which teaches job readiness skills. He is a board member of a non-profit organization that provides shelter and food for the homeless community. He attends the Bible Study Fellowship program on Monday nights. He and his wife travel to Costa Rica on church mission trips most every year.

David and Susan have been married for 20+ years, have 5 children, 7 grandchildren, and a great-grandchild. He enjoys traveling, music and visiting with family and friends while staying busy around his home.